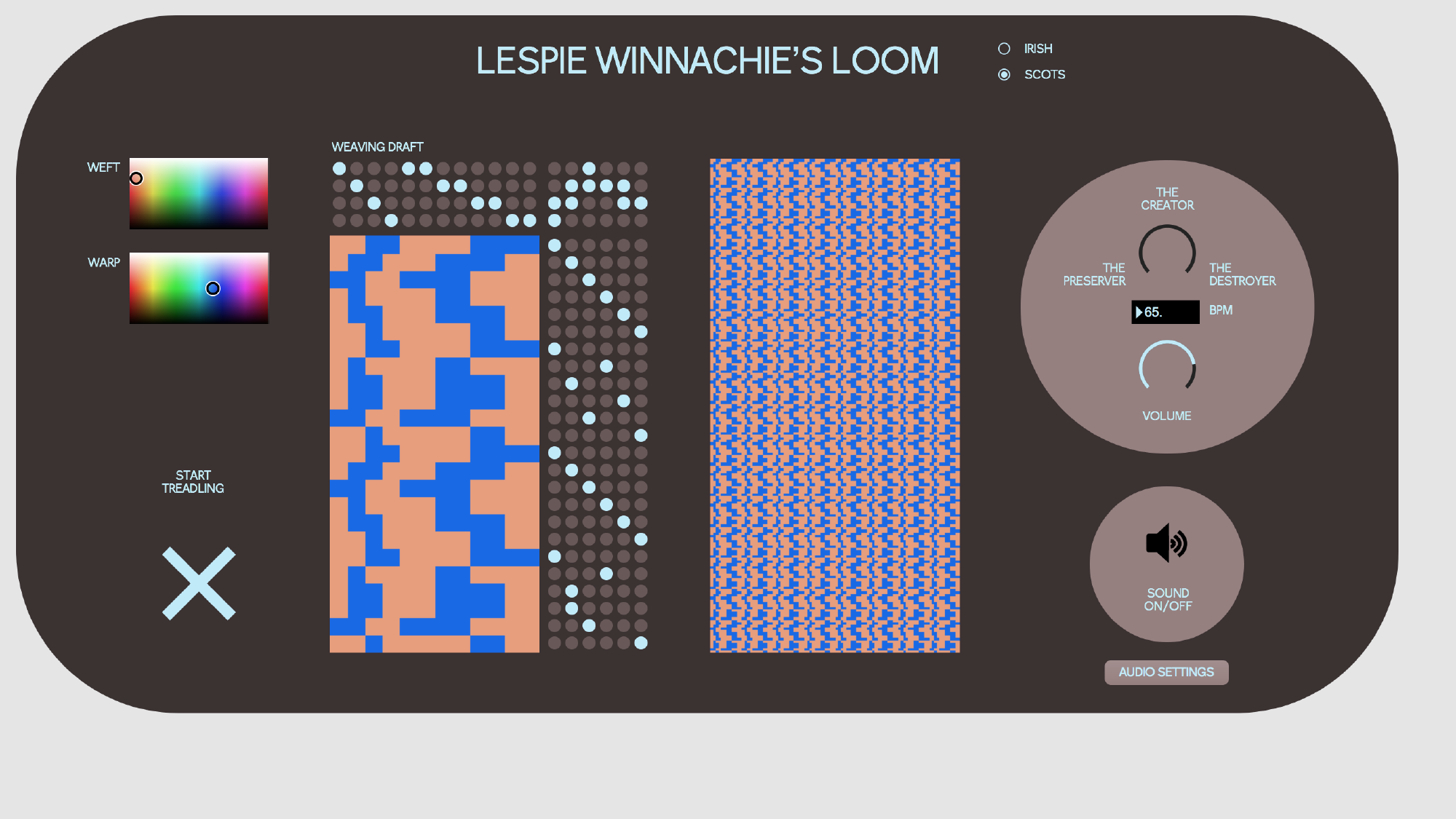 My name is Hector MacInnes, I'm a musician and a sound artist and I've been doing some projects over the last couple of years thinking about how (or [insert creative programming environment here]) might be used as a platform.

Here's a thing I recently completed for a wider "storytagging" project called Northword (info in links) about a monkey which was taken home from sea to the Isle of Arran early last century and got loose inside a local weaver's loom, causing total havoc in there and making the neighbours think the weaver had broken taboo and was weaving on the sabbath. Like all these things, by the time I've made version n I am frustrated its not version n+2, but it's fun to play with!

The basic challenge was thinking of ways to use draft notation as a musical interface, then finding ways that an invisible "monkey" could be energised to disrupt the weaving and its sonification... suggestions welcome, and cheers to Bogdan for suggesting I share it on here

This is really beautiful! I love the visual representation of weaving and controls to add/reduce chaos. It reminds me a bit of a friends visual art practice--he uses MS Word to create abstract woven structures using draft notation and colour. You might be interested in the conceptual overlap: https://www.shaheerzazai.com/digital

has @yaxu seen this? right up his alley with the loom/coding aspect, thanks for sharing! What a fascinating / original way to think about Max / programming environments in general!

@Onokio Thanks for the kind words, Onokio! Nice to have a place to share and talk about this kind of stuff.

hmm... sorry I am new around here - how do I edit the tags at the top? It has automatically pulled out my surname and "taboo" as tags? Thanks!